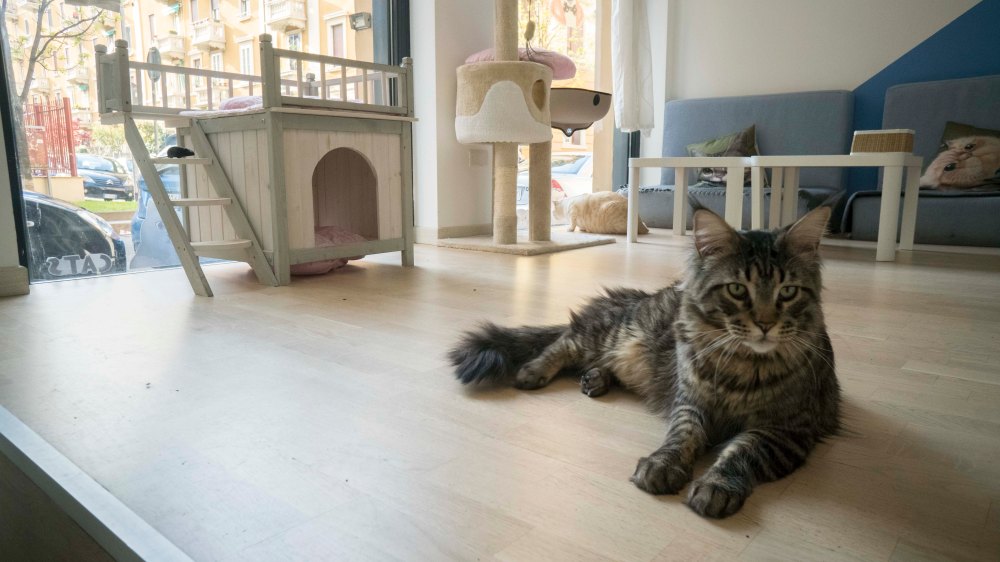 I visited two cat cafes while in Milan, and they were quite different. Crazy Cat Cafe seems to be the main one, and when I went there, I had to wait about 5 minutes outside for a space to become free, at 3 PM on a Friday afternoon. It was a proper cafe with nice cakes and they made quite a nice Aperol Spritz. 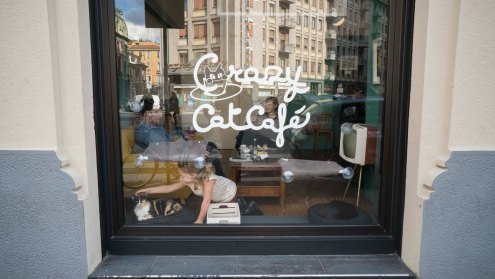 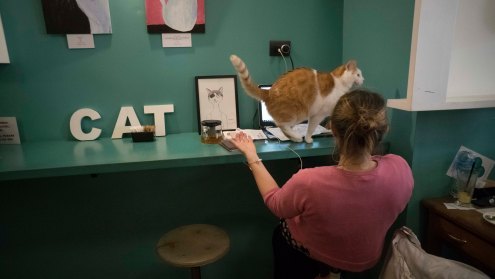 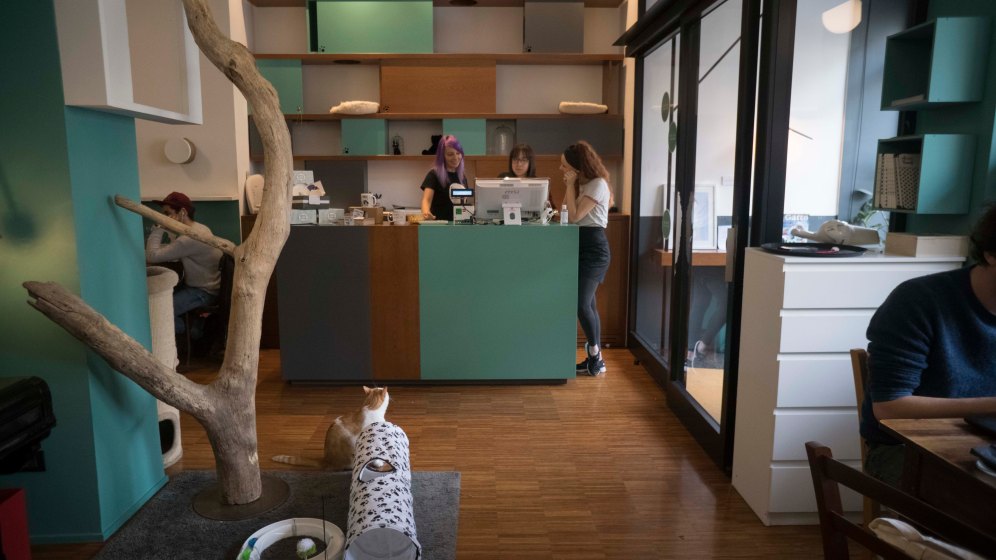 However, I felt that it was a bit too crowded, and the cats seemed somewhat fed up of the humans, preferring to sit by the window where they made a good display for people ‘aww’ing outside. It wasn’t particularly cosy and I hardly got to pet any of the diffident cats, though one of them with three legs reminded me somewhat of a cat I had when growing up which we called Tripod.

The other cat cafe is a smaller place near University Politecnico Milano in Citta Studi called Catmint Cafe. If you want somewhere quiet to work, I would really recommend this place, where there are much fewer people and you also get a much more personal experience with the cats. They have two white fluffballs, a hilarious chubby cat called Tigaro and a young Maine Coon with impressive ears. 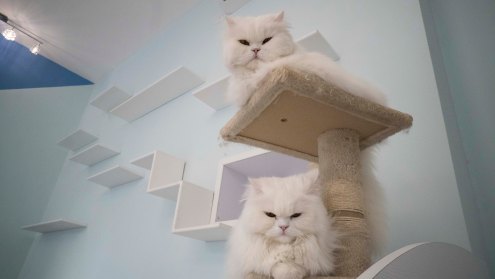 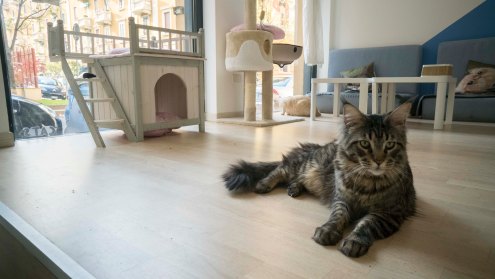 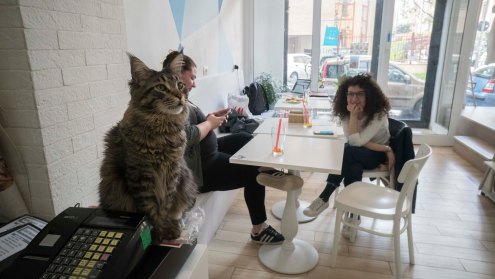 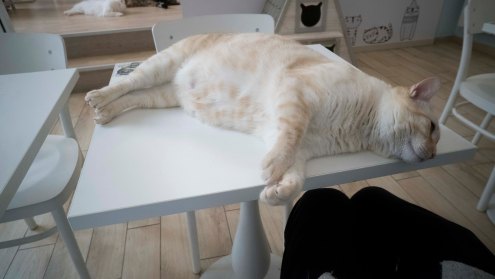 Catmint Cafe is definitely the underdog of the cat cafe scene in Milan, so I would recommend you visit that one, especially if you actually want to play with cats or work. I only found the place because I was trying to work in Upcycle Cafe, which is a bicycle cafe around the corner, but has a really bizarre no-work policy at every time of the day when I tried to work there. After three times of trying to take out my laptop to work and being told that it was not allowed, I vowed not to return, despite my desire for Grimbergen dark beer on tap.

So go to Catmint and give the underdog (cat?) your support. When I asked the girl working there what time Happy Hour was, she said ‘any time you want’. What more could you want?